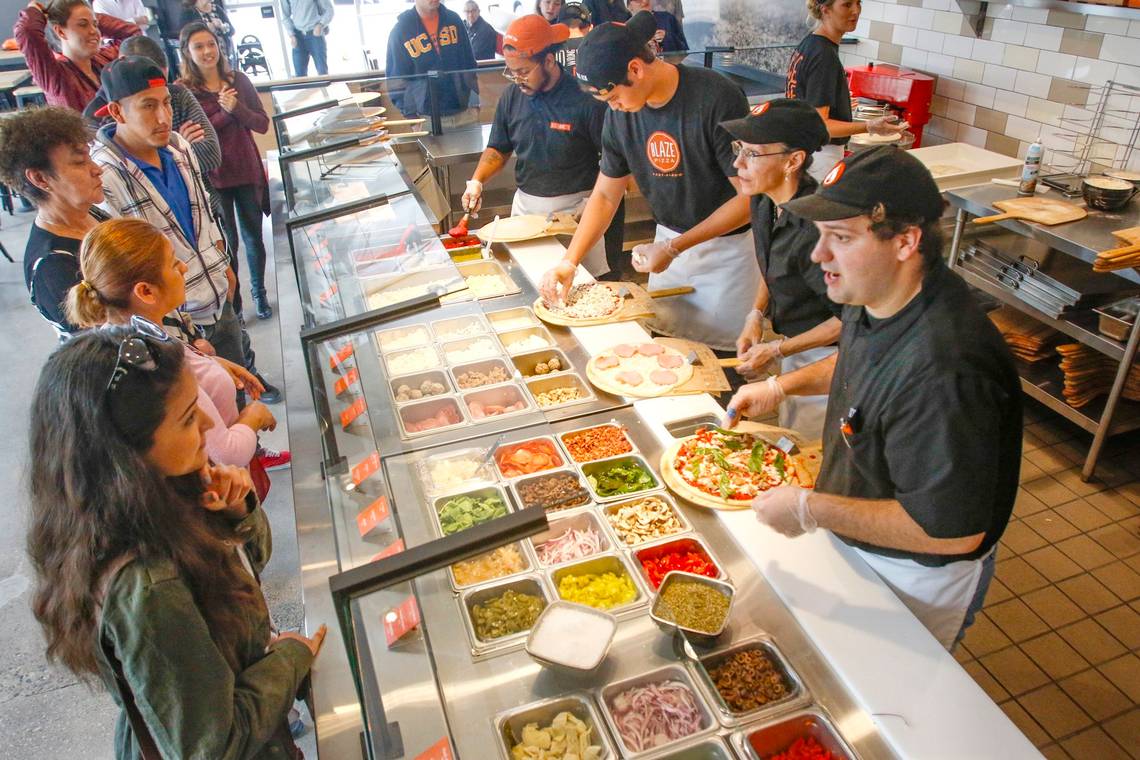 Blaze Pizza franchisee, Saddles Blazin LLC, hired Bond to support the launch of its New Orleans and Frisco, TX, stores in spring 2015, the first Blaze Pizzas in both Louisiana and Texas.

Our goal was to raise awareness of the brand in the Louisiana and Dallas/Frisco markets and forge meaningful relationships with media and influencers to establish Blaze Pizza in the local communities. We were tasked with planning a Friends, Family and VIP night (including media) and a “Free Pizza Day” event to launch the restaurant. Additionally, we created a three-month plan to continue pro-active marketing and public relations outreach to continue to gain new customers and create brand preference in the market.

Bond aggressively conducted outreach to local community groups, businesses and influencers that align with Blaze’s target audience of millennials, as well as organizations with strong and expansive community ties and support. We invited media and local influencers to the VIP tasting event, securing preview coverage in local and national publications, multiple local food blogs, and more.

Bond used a mix of traditional media, social media and community relations to spread the word about Free Pizza Day, when Blaze served free pizza to every customer who followed the brand on Facebook, Twitter or Instagram. To boost the grand opening experience, we secured local, young bands in each market to play live music while guests waited in line and also gave out prizes using a “Ring of Fire” prize wheel.

Post-opening, Bond has helped Blaze secure strategic and community partnerships with local businesses and non-profits to continue introducing customers to the brand. Our mix of passing out coupons to businesses nearby the restaurant, hosting special days for a company’s employees and holding fundraisers for local non-profits continued to imbed Blaze in the community and build loyal customers.

Our public relations efforts resulted in Blaze far surpassing its internal goal of serving 1,000 customers on Free Pizza Day, as well as exceeding corporate sales benchmarks in both markets. Both restaurants continue to see increasing sales in both markets. On Free Pizza Day, both locations had lines outside the door for several hours, building on the excitement. We secured a significant amount of local, regional and national press promoting the opening and Blaze brand, including coverage in Nation’s Restaurant News, The Dallas Morning-News, The New Orleans Advocate, BIZ New Orleans, My Dallas Mommy blog, Dallas Culture Map, Eater NOLA, WHERE magazine and more.

We successfully introduced the Blaze brand to its target audience and influential and strategic guests at the VIP lunches and dinners, including community and business leaders, media and potential customers. As a result of Bond’s success in New Orleans and Frisco, we launched Blaze Pizzas in Austin, Lafayette, Arlington, and multiple locations in the Dallas/Ft. Worth area.

In addition, Bond was awarded a Silver Anvil – the top award in the field – by the New Orleans chapter of the Public Relations Society of America for this campaign.