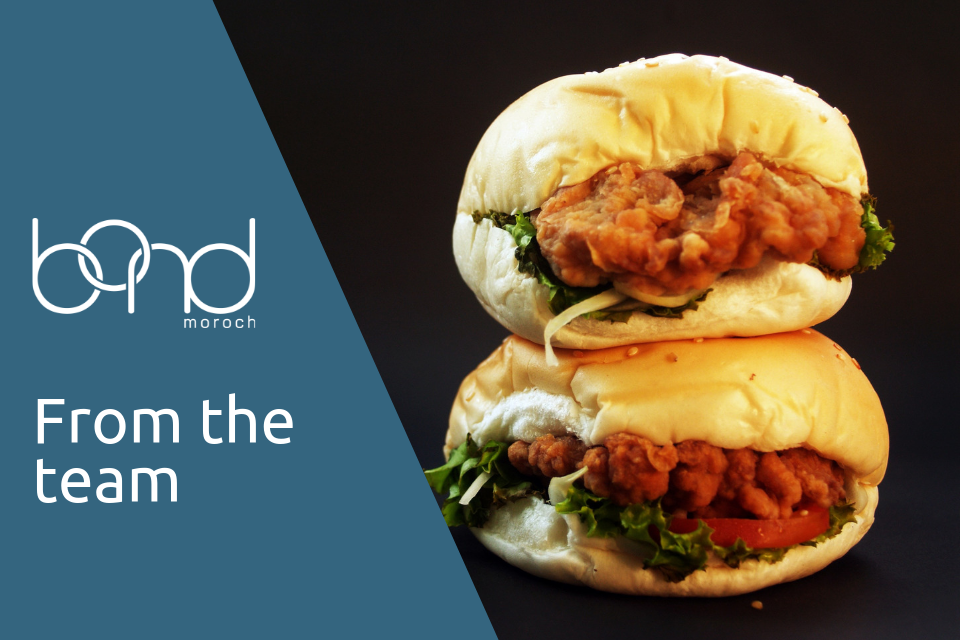 Chicken Sandwich Wars: What We Have Learned in the Age of Fast Food Feuds

This summer was a hot one and it heated up even more in August with the Chicken Sandwich War of 2019 between fast food chains Chick-Fil-A and Popeyes. What started with one simple tweet, turned into a viral sensation and marketing buzz that people are still talking about weeks later. Chick-Fil-A attempted to assert their dominance as the original chicken sandwich, but Popeyes’ quick response led to an all-out fast food feud.

Less than two weeks after the viral tweets, Popeyes had declared they were sold out of their chicken sandwich nationwide while people continued to debate the winner of the Chicken Sandwich War.
This war isn’t the first time we’ve seen fast casual restaurants go head-to-head. In the last few years, more and more fast food chains are developing clever marketing tactics to cut through the clutter and drive sales.

HEALTHY COMPETITION
Friendly competition through social media is a healthy byproduct of being at the top of the game. It’s likely that this chicken war may have also boosted Chick-Fil-A’s chicken sandwich sales, since the two were pitted against each other. Other fast food chains like Wendy’s and Shake Shack attempted to insert themselves into this war, because they all knew that when something this easily debatable goes viral, it’s a great opportunity for publicity. This fight is reminiscent of another famous Twitter feud from back in 2016 between the 4 for $4 Wendy’s deal, and Burger King’s attempt to retaliate. Viral feuds on social media open the floor for a discussion of the brands and are difficult to contain or control, despite the potential for positive outcomes. One marketing group even estimated that Popeyes gained $23.25 million worth of media coverage through this sandwich war.

MARKETING & TECHNOLOGY
The latest trends in technology are changing the way we order food, as well as the way food can be delivered to us. In order to keep up, companies like Dominos have made it possible to order online through Facebook messenger or even on Twitter using emojis. Pizza Hut has even created an interactive game called “Hut Hut Win” so that players can win NFL merchandise and food giveaways. A Pizza Hut location in Los Angeles is also testing out a cubby system to ease the process of take out from the restaurant similar to that of Amazon Lockers. These are just a few of the ways that these fast food companies are making food delivery more convenient and suited to the needs of the consumer. Innovative technological approaches like these can give a brand an edge to distinguish themselves in an already saturated market.

MARKETING PRODUCTS
Consumers are becoming more conscious of the impact of their choices on the environment, even when it comes to fast food. Some people have decided that the answer to this issue is avoiding plastic straws, while others have turned to eating less meat to reduce our carbon footprints. QSRs have noticed this shift in consumer desires and have started launching “plant-based” alternatives to meat by creating a twist on their already beloved menu items. An innovative product like Burger King’s Impossible Whopper creates a meat-alternative to the chain’s famous Whopper cheeseburger for a creative approach to the shift in the market. And now everyone is jumping on the impossible burger train, including Subway, KFC, and the Cheesecake Factory. Even though the Impossible Whopper and other “plant-based” alternatives to meat are not necessarily healthy, they can be marketed as such in order to satisfy the consumer desire to feel less guilty about our effect on the planet.

Bella Mathes is an Intern at Bond Moroch.