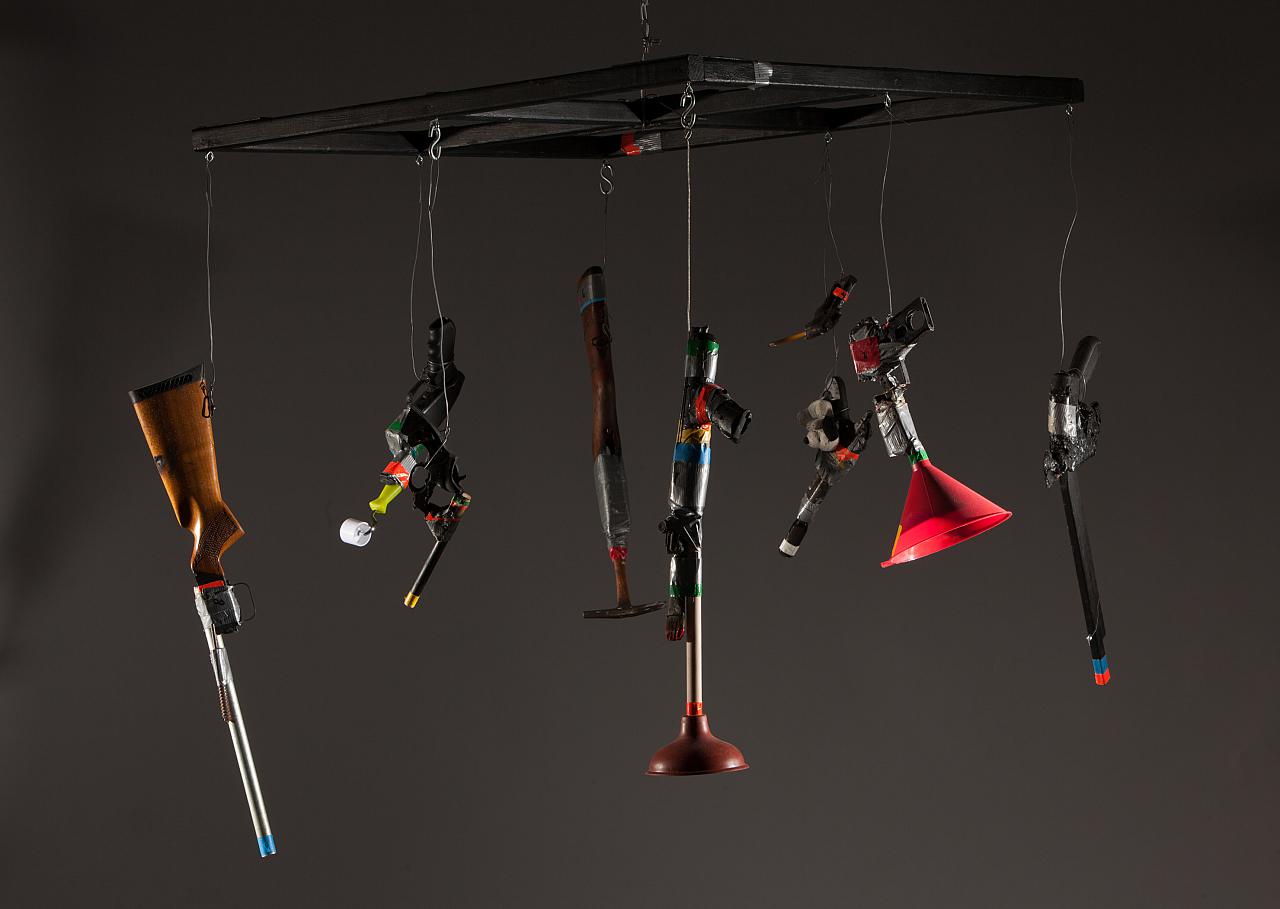 Guns in the Hands of Artists

Exhibition featuring over 30 nationally known artist who used decommissioned guns off the streets of New Orleans to create art.

In 1996, artist Brian Borrello and gallery owner Jonathan Ferrara organized the first Guns in the Hands of Artists exhibition in New Orleans—turning guns removed from the city’s streets into original works of art. The persistence of gun crime in New Orleans and America overall led Ferrara to reprise the project in 2014. The exhibition opened in conjunction with the international art triennial Prospect.3, featuring over 30 nationally known artists who used decommissioned guns taken off the streets of New Orleans to create original works of art dealing with the issue of guns in our society.

Recent events have brought the issue of gun violence to the forefront of national discussion, yet any dialogue towards a solution seems to be clouded by divisive politics. Guns in the Hands of Artists reexamines this difficult issue through a powerful new lens.

Our objectives for Guns in the Hands of Artists included: 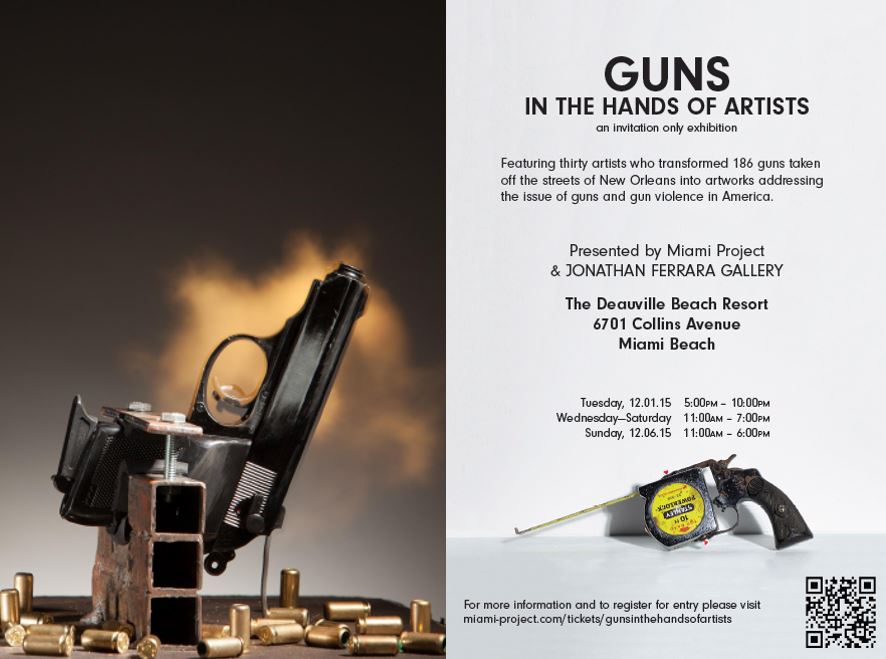 Our campaign consisted of an initial press event held in conjunction with the NOPD and New Orleans City Council announcing the exhibition. At this first event participating artists chose their guns that they would turn into works of art. Based on the limited reach of traditional art media, we targeted crime and news reporters to cover the press conference and the exhibition opening. Bond researched and developed relationships with national reporters to raise the profile of the exhibition and develop further opportunities to expand the project nationally. At each location where the exhibition tours, Bond leads extensive targeted media outreach initiatives.

Since opening in New Orleans in 2014, Guns in the Hands of Artists has traveled the country, appearing at the Aspen Ideas Festival, Washington University in St. Louis, Art Basel Miami Beach, Minneapolis, and most recently in Washington, D.C. at the independent think tank New America and also in the rotunda of the Russel Senate Building at the invitation of Senator Tim Kaine (D-V.A.).

Bond secured more than 75 media placements throughout the campaign, including local, regional and national media. Through the significant media coverage, the art exhibit received national attention, attracting new markets to host the exhibit. Finally, Bond’s work through media and governmental relations shined a light on the issue of gun violence through the lens of the arts, engaging legislators on a national level. Bond assisted in partnering with a U.S. Senator, U.S. Representative, retired Captain, and New Orleans Mayor Landrieu to contribute their time and energy to this issue by writing essays for the gallery’s book.