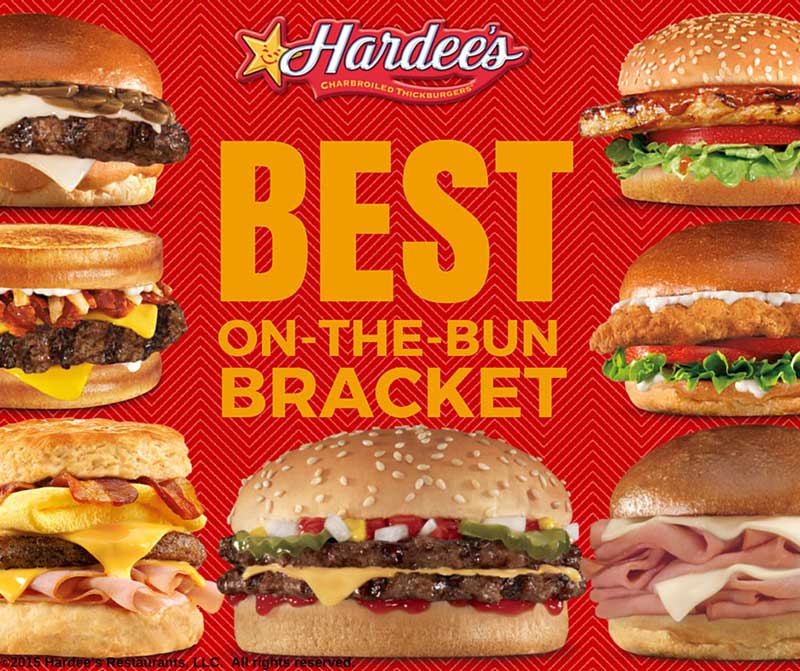 Bond was hired by Paradigm Investment Group – the second largest franchisee of Hardee’s Red Burrito®– to support the company with PR and marketing efforts as they entered the Louisiana market. To help drive awareness and traffic to the eight Hardee’s locations in Louisiana, Bond leveraged the NCAA March Madness tournament by developing and implementing a social media campaign to promote key menu offerings.  We created the “Best-on-The-Bun Bracket” social media campaign, which took place during March Madness and gave fans the opportunity to vote one menu offering “Best-on-The-Bun.”

Our goals for this initiative were as follows:

In order to successfully execute this campaign and meet client goals, Bond utilized original campaign concepts, customized copy, branded contest graphics designed in-house at Bond, as well as custom targeted boosted posts and Facebook advertisements. Bond also provided regular and after-hours social media monitoring and community management services to keep an eye on the overall pulse of the campaign. Effective tactics were bolstered and constant adjustments were made to all campaign materials to ensure maximum efficacy at all times.

We received an overwhelming response from the community during the campaign. Upon completion of the “Best-on-The-Bun Bracket” campaign, the Hardee’s® Louisiana Facebook page registered the following insights:

Bond was awarded an Award of Excellence for the campaign by the Public Relations Society of America New Orleans Chapter.