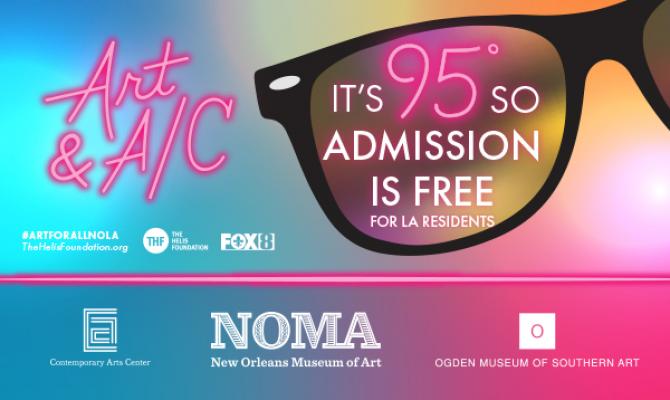 The Helis Foundation is a Louisiana private foundation that advances access to the arts.

Approximately 50 percent of The Helis Foundation’s grantmaking activities support New Orleans cultural institutions directly. One of the most important initiatives is providing access to New Orleans’ rich cultural heritage by underwriting free admission for all Louisiana residents at leading local institutions once a week, including the New Orleans Museum of Art, Ogden Museum of Southern Art, and the Contemporary Arts Center.

In 2017, Bond Moroch devised a unique campaign for the traditionally slow month of August to create an active incentive to visit the “cool” museums when it is hot outside. Bond Moroch negotiated a partnership with a local FOX affiliate to create “Art & A/C”—whenever FOX 8’s Chief Meteorologist forecasted temperatures to be at or above a specific high temperature (such as 95 degrees), New Orleans’ three largest art institutions opened their doors for free admission to Louisiana residents, courtesy of The Helis Foundation.

Bond has now run the campaign three years in a row, from 2017 through 2019. We have seen significant growth in attendance over the three years, increasing attendance 90% in 2019 over 2017.

With an objective of combatting the August slump for our partner museums, Bond Moroch developed the idea of a museum promotion targeting New Orleans-area residents tied to the temperature, where museum admission would be paid for by The Helis Foundation on the month’s hottest days. We initially set a goal of increasing August attendance by 50% year-over-year. We also aimed to increase overall awareness of The Helis Foundation’s year-round support of weekly free days at partner museums.

We identified FOX8 chief meteorologist David Bernard as the face of the campaign, and the station produced a series of 20-second spots teasing the promotion titled “Art & A/C” that featured Bernard.

Bond Moroch created digital toolkits for all the participating museums that included e-blast graphics and language and a suite of social media graphics customized for Facebook, Twitter, and Instagram—one image for each possible day that could be an “Art & A/C” day. This would allow museums to quickly mobilize their built-in audiences when the forecast called for 95-degree weather.

We worked with individual partner institutions to create engaging atmospheres during the “Art & A/C” days, which sometimes included free iced coffee, free chilled bottle of water, popsicles or snowballs that were leveraged for additional media and social media interest.

Additionally, Bond Moroch designed and printed thousands of custom hand fans branded to match the “Art & A/C” campaign on one side and connect it to The Helis Foundation’s regular weekly free admission days on the other side. The branding design has changed each year, but the goal remained the same: encourage people to attend on the Art & AC free days and create awareness of free days throughout the year.

In 2019, Bond incorporated sunglasses into the campaign’s branding, so we also provided free client and campaign-branded sunglasses to all art institutions to pass out to visitors on Art & AC days. Bond also created and delivered campaign swag bags to local social media influencers, compounding coverage through their social channels and reaching new audiences.

Each year we also deployed a media relations campaign announcing an “Art & A/C” free day when the temperature reached the specific temperate that year, sometimes 95 or 93 degrees or higher. 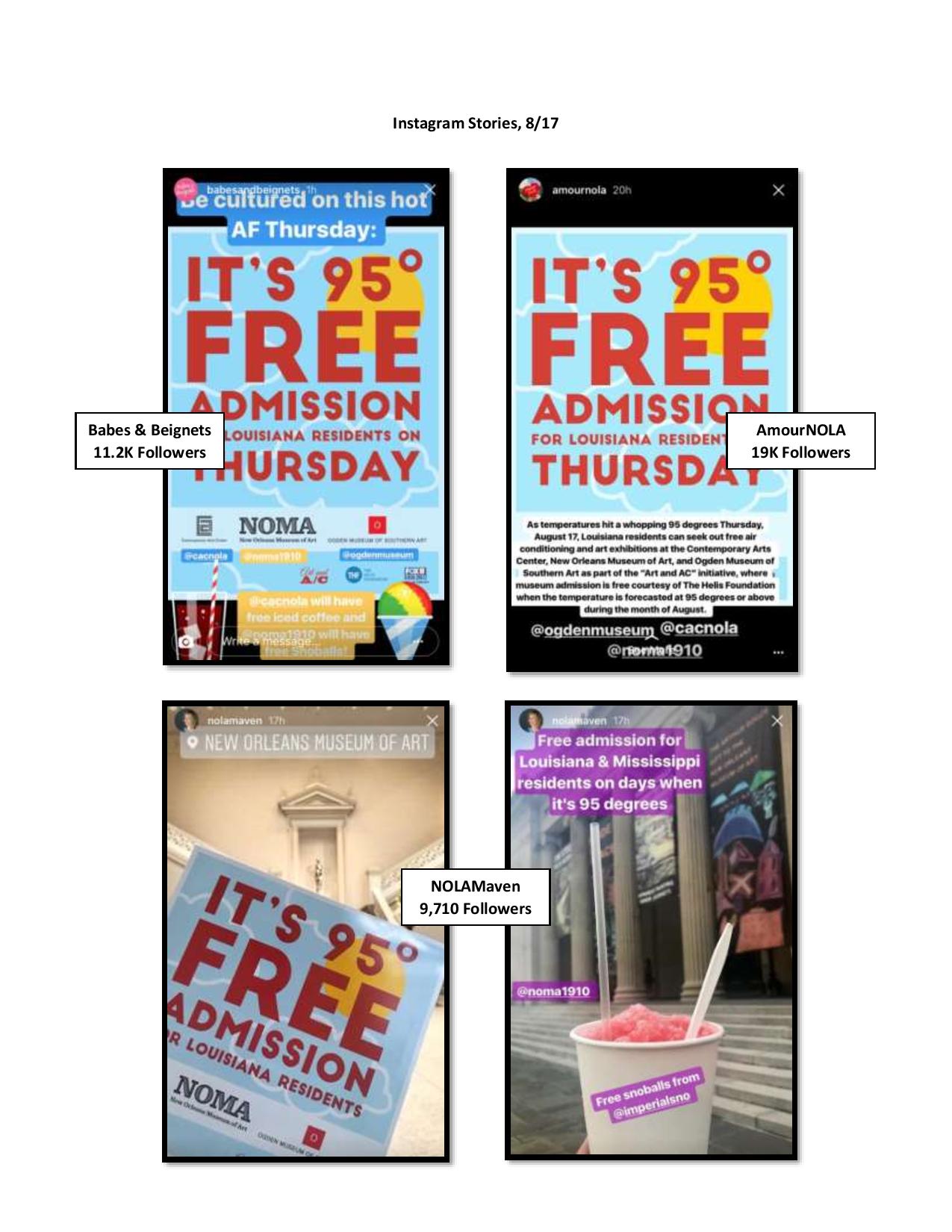 “Art & A/C” has been an unqualified success, energizing museum staff during a traditionally slow period and increasing attendance 90% increase 2019 over 2017.

Due to the success of the campaign, “Art & A/C” continues to run each August in New Orleans.