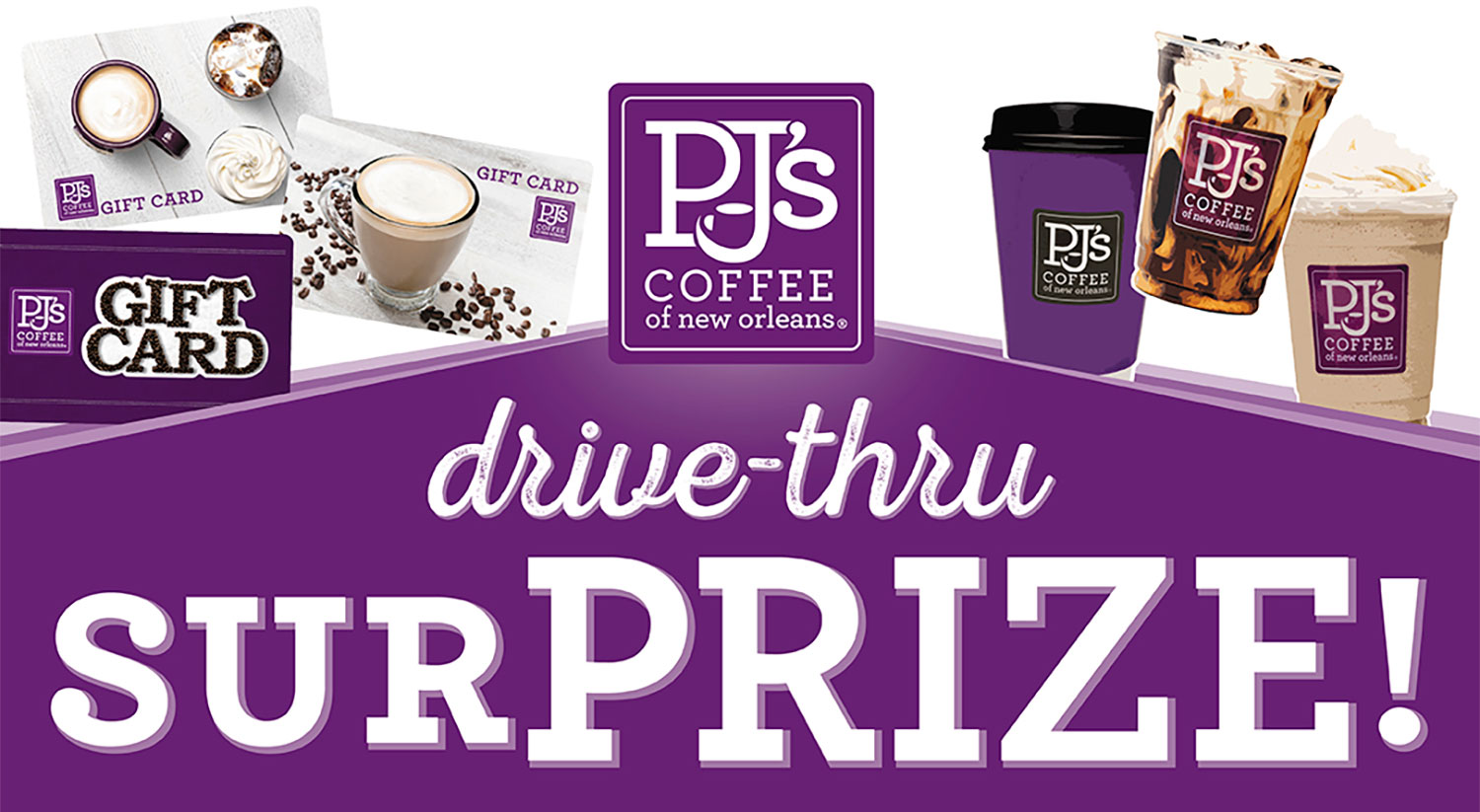 Founded in 1978, PJ’s Coffee has over 130 operating stores and serves a wide variety of hot, iced, and frozen coffee beverages.

Bond Moroch has worked with PJ’s Coffee of New Orleans for years focusing on public relations strategies for the brand, as well as new store openings nationwide with PJ’s franchisees. In 2021, Bond worked with PJ’s corporate to develop marketing initiatives that could be implemented across the system to help increase awareness and boost sales for not only New Orleans stores, but stores across the country. With an increase in franchise locations featuring drive thrus, Bond leveraged National Drive-thru Day to develop a promotional campaign to drive traffic and sales to these specific franchise stores.

Bond concepted “Drive-thru SurPRIZE,” a one-day promotion on National Drive-thru Day to encourage customers to purchase products at their local drive thru PJ’s location, nearly 60 drive thru locations nationwide. Bond worked with PJ’s corporate on the logistics of the promotion and how operationally it could be deployed systemwide, as well as on a mix of marketing initiatives to build awareness for the promotion.

Bond developed the idea for “Drive-thru SurPRIZE,” a simple promotion that could be easily implemented across 60 stores. On National Drive-Thru Day, at participating PJ’s Coffee drive-thru locations, patrons would be selected at random and surprised with a giveaway, including PJ’s gift cards and promotional items. A few customers would be selected for a grand prize, a PJ’s gift basket valued at over $300. A total of over $3,500 in prizes were distributed nationwide.

Our campaign included the following initiatives to promote the campaign:

Franchise Marketing Kits: Bond developed franchise marketing “kits” that were distributed to each participating franchisee to help with individual marketing efforts. The kit included a template press release for distribution in each market by the store operator; a promotional calendar of marketing recommendations to be executed leading up to National Drive-thru Day; and a PR and marketing guide for tips and tools on how to distribute the release and build relationships with influencers.

Promotional materials: PJ’s corporate provided a series of graphics for franchisees that could be used in-store and on individual franchise store social channels.