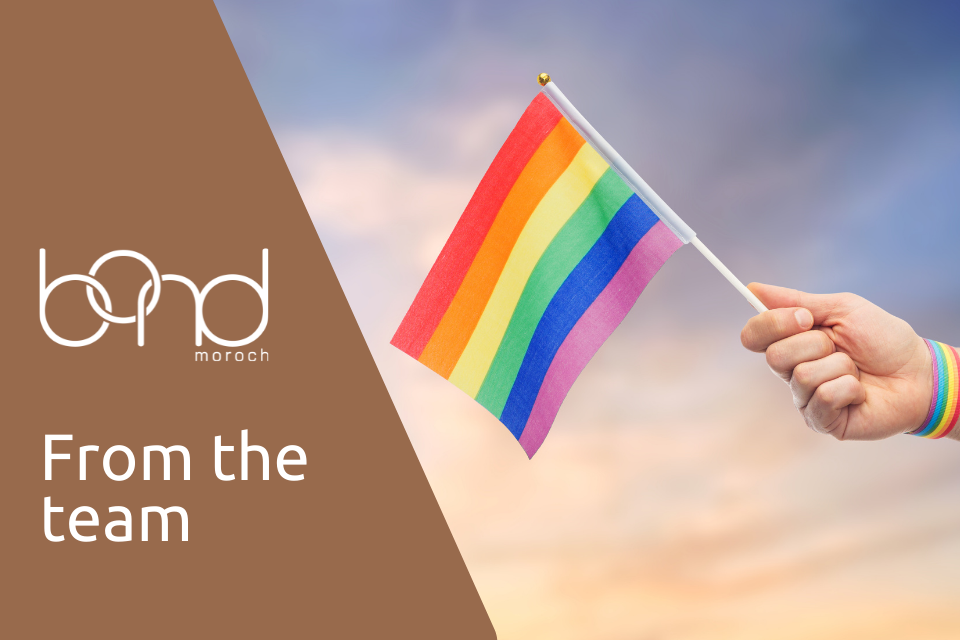 Pride Month and The Trap of Rainbow-washing

How to create an intentional campaign that places support above monetization.

It’s been 24 years since brands first pulled their ads from the Ellen show when Ellen DeGeneres first came out of the closet. Now, Burger King is feuding with Chick-Fil-A over LGBTQ+ rights, petroleum’s biggest lobbying group is sporting a rainbow logo, and Target is selling maybe the most controversially unfashionable suit ever created.

“Rainbow-washing” (or originally known as “pinkwashing”) was first coined around 2015 as a term to describe a company or brand’s largely lazy attempt to show solidarity and representation, often to distract from negative behavior or practices. It’s easy for a company to get their creative team to rework their social media profile photos into a colorful hue, but if it’s not done in conjunction with inclusive changes within the company, or outward financial support of progressive non-profit work, the act rings hollow.

Notorious union-busters and precursor to the FBI, Pinkerton’s National Detective Agency, recently landed themselves in hot water after they changed their logo of an eye encircled by their slogan, “We Never Sleep,” to something… a bit more colorful in celebration of Pride month. The agency’s operatives are currently used by Amazon to gather intelligence on warehouse workers, from notating and reporting on unionization efforts to warehouse-worker theft. In response to Pinkerton’s recent social media facelift, journalist Kim Kelly responded, “I’ll be damned if it’s not one of the most dystopian things I’ve ever laid eyes on.”

Reputation Inc., a public relations firm, notes that even though on some level it is nice to see physical representations of support, “a float and a new avatar won’t count for much unless they are accompanied by a robust set of inclusive policies supporting diversity and a continued promise to strive to do better.” If a brand’s efforts seem inauthentic or too misaligned with its year-round practices, “rainbow-washing” can be incredibly harmful for a company’s reputation.

When creating a campaign to authentically engage with your audience, consider the following:

Do you just want to sell product or do you want to engage on a deeper level with your consumer base? With the rise of the internet, consumers are more cognizant of a company’s practices now more than ever, so it’s important to authentically contribute to a cause. Before activating a campaign for any culturally themed month, first determine why you want to engage, and then set specific goals you want to achieve not just for that month, but for the rest of the year.

Buying billboard space and slapping a rainbow-lettered “Love is Love” with your logo on it does not do any actual good for the community, and consumers will recognize it as a cheap marketing tactic. There are, however, endless ways to actively support the LGBTQ+ and other underserved groups in a positive way. Try reaching out to a specialist in the field, or partner with a local organization to learn more about their programming and how best your brand can support them. There are tons of non-profits that support LGBTQ+ youth and adults on a local, national and global scale that can benefit from volunteer hours or monetary donations.

Also, don’t restrict your brand to 30 days of activism. LGBTQ+ individuals exist year-round, so what is your company doing throughout the year to create a more permanently inclusive environment?  If you begin a campaign in June, make sure there are progress checks throughout the year. Your support should not be seasonal, lest it be considered fair-weathered.

Despite a significant rise of public-facing support, companies still have a long way to go for creating an equal and fair environment for all workers. Not all employees are protected by the Civil Rights Act of 1964, which only applies to business with 15 employees or more. According to recent studies, there’s a 16% pay gap between straight workers and their LGBTQ+ colleagues, and more than 60% of LGBTQ+ workers have been made to feel uncomfortable while working, with a third directly experiencing homophobic behavior. Accessible bathrooms aren’t protected for transgender individuals, and it’s still possible to fire someone of a different orientation solely for religious reasons. There are still serious gaps in employee benefits for medical care, fertility treatments and parental leave, and many workers are often left out of important employee development programs or opportunities, purely on the basis of their orientation.

This is by far the most important aspect of Pride Month support for a business. The LGTBQ+ community has been historically underserved and continues to be impacted daily by hostile, discriminatory policies, and consumers can spot hypocritical inconsistencies from a mile away. If you can’t support your own employees, how can you support the greater community?

Melanie du Mont is an Account Executive at Bond Moroch.