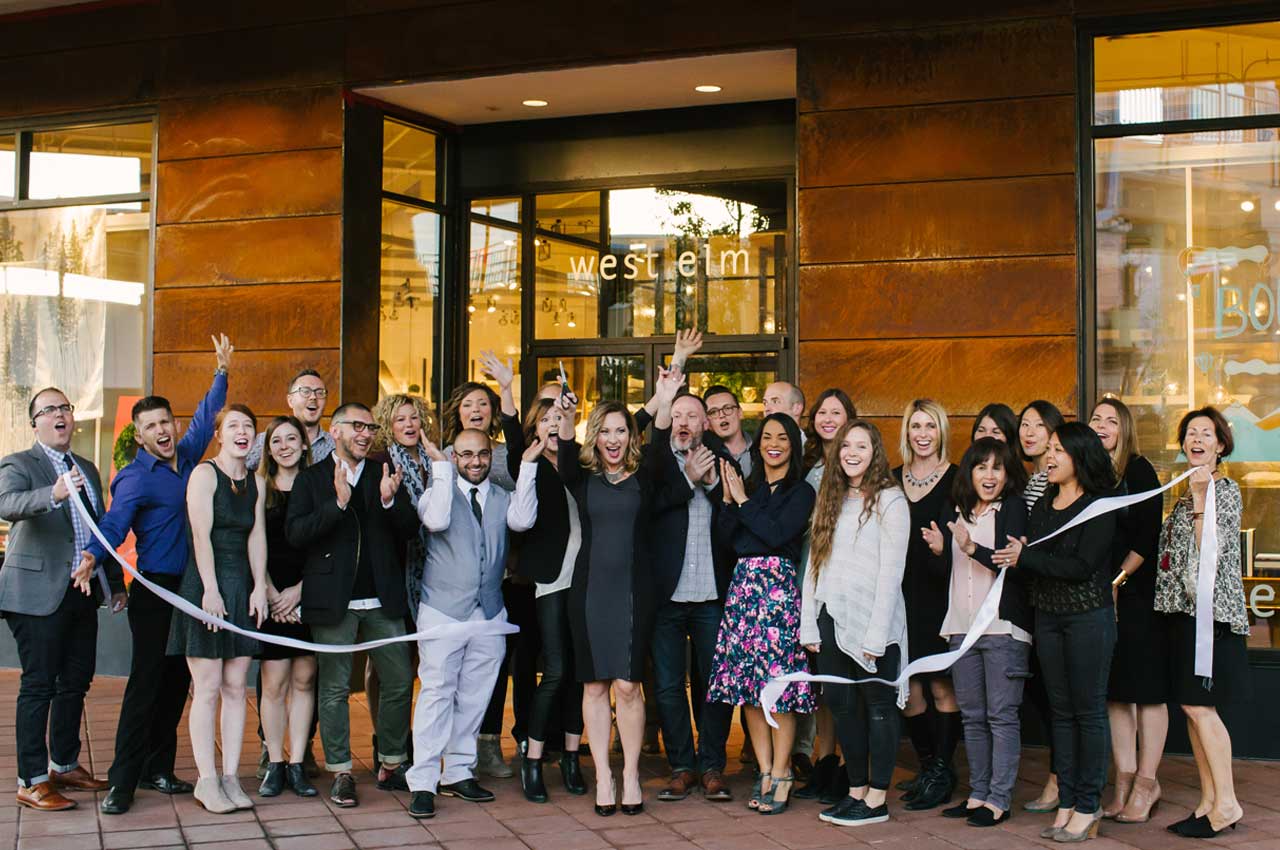 Introducing Global Home Décor Brand West Elm to Over 40 Markets Across the U.S.

In New Orleans, Atlanta, Los Angeles and other markets, we were responsible for planning in-store, pre-opening parties, which involved partnering with a local nonprofit and developing/managing guest lists. In New Orleans specifically, we also planned and coordinated a separate media dinner.

As we grow with west elm, we continue to refine our approach for the brand. As we launched into 2016, we anticipated challenges from opening a retail chain in historically renovated neighborhoods. To combat the backlash of a national retailer entering the market, we put the west elm LOCAL initiative in the forefront of our messaging. A collection of handcrafted, hand-picked products, west elm LOCAL seeks to share the work of local makers with customers across the country. We took our approach a step further by partnering with a locally based nonprofit in each of the markets to co-host the private pre-opening celebration. A portion of the evening’s proceeds benefited the respective nonprofit partner.

Additional store opening activities included a sweepstakes exclusive to residents of the new store’s city, offering local customers a chance to win a $2,000 gift card and an invitation to the celebration. Lastly, west elm partnered with a locally-based artist to design a limited-edition tote bag that was presented to the first 300 shoppers with a $50 minimum purchase on opening day.

In 2017, we connected with west elm customers at a record level, achieving 118.5 million media impressions for all North American NSOs, a 69% increase in impressions per NSO from 2016.

An average of 8 media appointments per NSO generated 118 print, online and broadcast placements in local markets with an average 1M impressions per placement, a 100% increase over 2016.

The number of attendees at each pre-opening celebration increased by 27%, with West Elm collecting a total of nearly 4,000 RSVPs.